1st is the top layer. This is called the pre-masking.

2nd Layer.
The Second layer is the Vinyl Lettering.

The third layer is called the wax paper backing.

This layer is designed for the Vinyl Lettering to lay on but not able to adhere to. The wax on the front side is a non-stick surface.
This layer will be thrown away and has no other purpose. It can be cut off during installation.

See the Vinyl Lettering Installation page which explains more in-depth and can help you get a good idea of what is in store.

As far as confidence installing your Vinyl Lettering. We guarantee your install.

Our Clients Love US !!

My decals was made perfectly, I had no trouble attaching it to my boat. It looks great it's very easy to read. I will be ordering again in the future from here. The shipping also was fast. 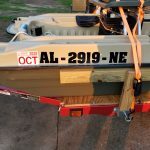 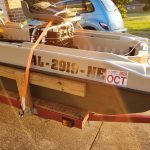 Everything was perfect, from the order and design process to reception of the product and application. I will certainly be ordering more form Hoosier Decal. This was a great experience and turned out wonderfully! 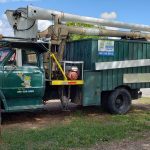 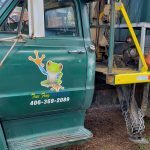 It turned out awesome we are very happy with are decal, it was easy to install and it came right on time. It looks fantastic on are boat!! 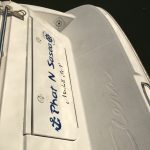 The decals were very well done, and came out looking fantastic on the finished product. The size and color were perfect and putting them on was extremely easy. Couldn't be happier! 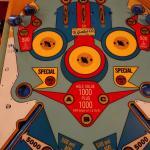 Very happy with your decals! 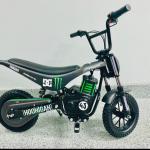 The decal was super easy to install. It looks just awesome! A lot better than I expected. Thank you so much! 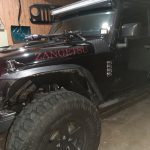 These are perfect. Better than I expected. It is on my handicapped golf cart. 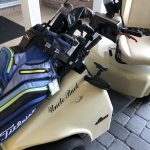 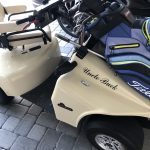 The decals I got came in and look just the way that I thought they would. Very happy. 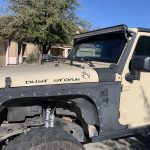